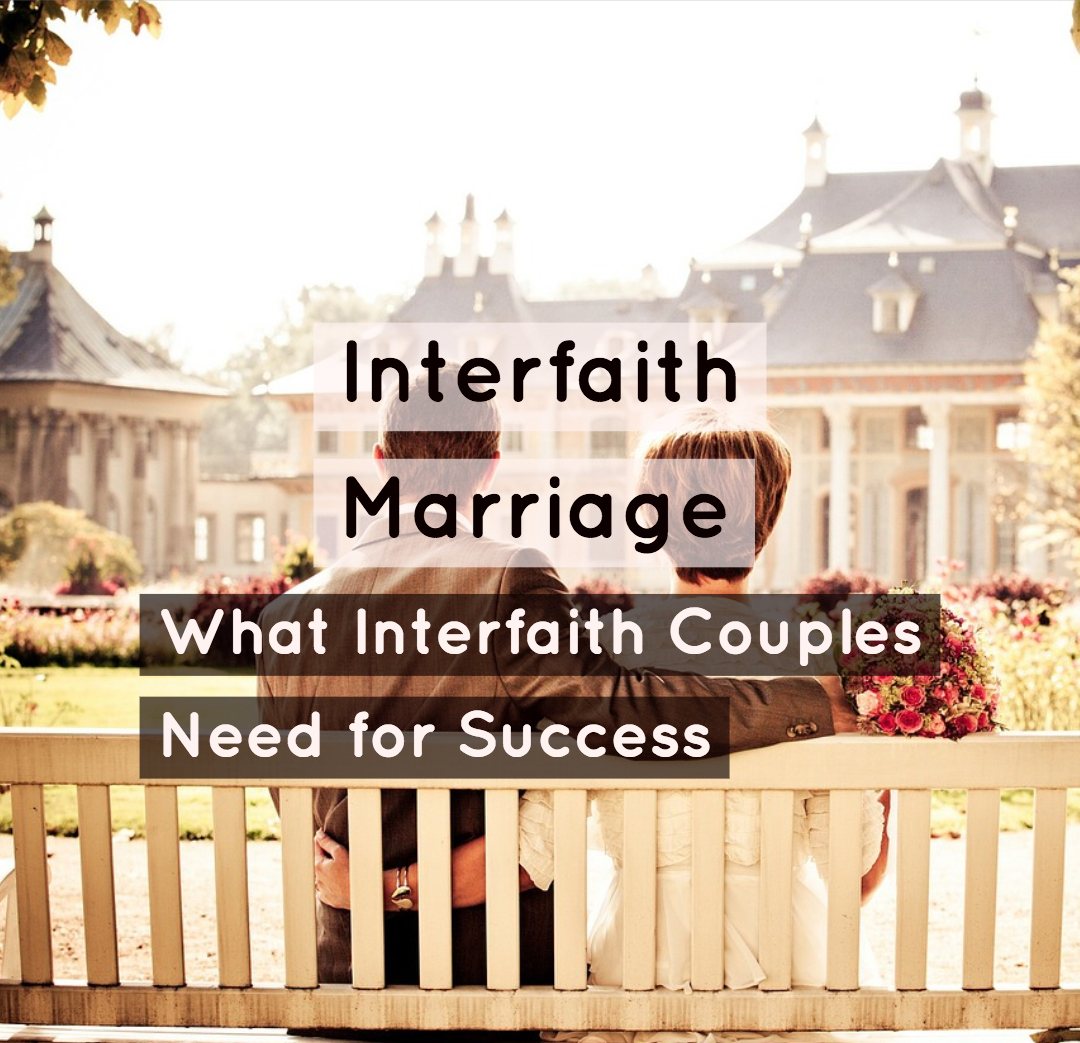 How Common Is Interfaith Marriage in the U.S.?

The Pew Research Center’s Religious Landscape Study found that 39% of U.S. citizens who have been married since 2010 have a spouse who identifies with a different religion. Some research suggests that interfaith marriages may not be as successful as traditional marriages. In a nationally representative survey of 2,450 Americans, New York Times Op-ed Contributor, Naomi Schaefer Riley found that certain faith pairings seem more likely to result in divorce. For example, 61% of marriages ended in divorce where one partner is evangelical and another is non-religious.

What the Experts Say About Successfully Navigating Interfaith Marriage

One of the biggest mistakes that couples make is not talking about their differences before getting married. When couples have religious differences it is important that partners seek to understand, respect, and accept these differences. But this is no simple task. It requires a significant amount of effort.

What If I Can Get My Spouse to Convert to My Religion?

Simply converting to your spouse’s religion guarantees nothing in the way of resolving differences. Many times when a person converts from the faith they were raised in, it can bring up tensions with extended family and in-laws. Simply converting faiths does not make things easier, nor does dismissing your in-laws (and perhaps your own family’s) concerns about interfaith marriage.

One of the Biggest Mistakes Interfaith Couples Make

Not presenting a united front to both of your families is a recipe for conflict on many fronts, but this is especially true for interfaith couples. It is so critical that both partners first make these joint decisions together. Decisions such as, what faith your children will be raised in, how to navigate holidays and religious traditions, etc. Only after these decisions have been made by the couple as a team will it be effective to bring their extended family up to speed.

What About Raising Kids in an Interfaith Marriage?

Won’t my children be confused by what our two religious doctrines teach? Susan Katz-Miller, author of Being Both: Embracing Two Religions in One Interfaith Family, makes the case for raising your children with two religions. She says, “While children must learn to integrate two worldviews … they often appreciate the respect that their parents show them by allowing them to make their own decisions.” The parents of interfaith families must take on equal responsibility in educating the culture and beliefs of their faiths to their children. When interfaith families choose to only honor one religion, it can put strain on extended family relationships as they then feel like “the outsiders”.

It Is Not Uncommon for Interfaith Couples to Go to Therapy

If you are engaged or currently married to someone of a different faith, it is essential to the long-term health of the relationship that you thoroughly explore the areas of your faith. Among others, these include how you’ve been shaped by deeply held values, beliefs, and traditions that your religious upbringing provides you. The ability to do this skillfully is not a walk in the park. Many couples can and do have these conversations without assistance. If you’re finding that conflict or resentment are increasing, it may help to speak with a professional.

Did you grow up in an interfaith household?

Are you engaged or married to someone of a different faith?