Another Moment for Sexual Harassment and Sexual Assault

Locating Our Place in History

Many mental health blogs focus on the holidays this time of year. The stress of getting together with relatives around the holidays has been covered before (and will be covered again) on this blog. However, this month I cannot help but want to tackle the issue of sexual harassment and sexual assault as it  has been covered more and more in the news. A primer of the terms: Sexual harassment consists of bullying or coercive behavior of a sexual nature. Typically the person initiating the harassment has more power than the person being harassed, but this is not always the case; Sexual assault is the act of physically forcing someone against their will to engage in sexual touching of varying degrees. Now to understand why we’ve landed here in this moment in history in November 2017, we must take stock of the chapters that came before.

The behaviors have been around much longer than the terms. In fact, I would argue that these aren’t emergent behaviors that only came to be in civilized human history, but that’s another article for another day. Within the scope of what American History teaches us, we remember how common place sexual assault was for female slaves in the 18th and 19th centuries. Certainly free women experienced coercion by friends, relatives, and even spouses. In the early 20th centuries, women in the workplace endured harassment and assault from their coworkers and supervisors. The culture of the 1920s supported women by suggesting they quit their jobs if they couldn’t handle working in an environment where sexual harassment and assault was expected. Most women were afraid to speak out openly about the issues for fear of losing their job, their reputation, or the fear of how accusations might impact the lives of others around them. They knew, at the feeling level, their place in society. They knew the amount of power they had.

When women in a position of power speak out, they inspire other women (and men) to take action 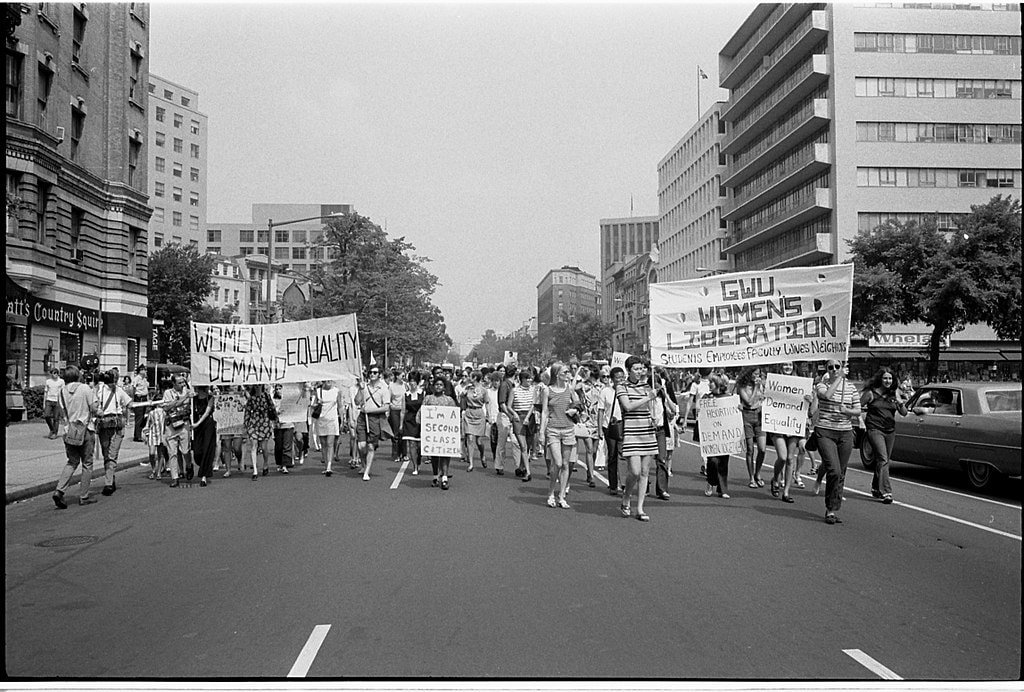 Decades later, the women’s liberation movement was made possible because enough women were willing to speak out together about many issues affecting women, assault and harassment among them. As women (and some men) organized they began to build momentum and challenge and upheave the dominant culture. In 1975 a group of women at Cornell University named Working Women United coined the term “sexual harassment” after a former employee of the university resigned from her position due to unwanted touching from her supervisor. The group hosted a Speak Out event with secretaries, mailroom clerks, filmmakers, factory workers, and waitresses who shared their stories of exposure to public masturbation, threats, and pressure to trade sexual favors for promotions. Naming the behavior proved to be a major turning point in our nation’s awareness and ability to discuss the issue.

In 1991 Anita Hill testified before congress alleging sexual harassment from Clarence Thomas during his Supreme Court confirmation hearing. Thomas was her supervisor at the Department of Education at the time of the alleged harassment. Her testimony helped to bring the issue of sexual harassment front and center for the country to debate over and it helped many other women come forward about their own experiences dealing with sexual harassment.

It is clear that we are experiencing another cultural moment in the fight against sexual harassment and sexual assault. Something has shifted in the zeitgeist in an important way. Some are calling it the Weinstein Effect since after the reports of sexual misconduct about Harvey Weinstein came out, a slew of other allegations have surfaced in various industries: film, tv, media, and politics. It seems like every day another person has been accused, or has admitted to sexual misconduct. But this has less to do with Weinstein himself, and more to do with the women who spoke out about his behavior. They have power, and that matters. Just as Anita Hill had power when she testified before congress while the country was watching. When women in a position of power speak out, they inspire other women (and men) to take action.

It would also be foolish to address these issues, and the cultural shift we are experiencing, without mentioning the Access Hollywood tapes of then candidate Donald Trump bragging about being able to do whatever he wants to women, because of his fame and power. “When you’re a star, they let you do it. You can do anything. Grab ‘em by the pussy. You can do anything.” Trump couldn’t deny he had ever said these things because it was recorded, but he did brush it off as “locker room talk.” While there were many reasons why the Women’s March in January of 2017 was organized, it was a clear response to the perceived sanctioning of such behavior that our society engaged in by electing Trump to office, despite his “hot mic” moment. Again, here we were in history, women organizing to speak out, to be seen, to be heard. To say, “We do not accept this.”

We, both men and women, need to recognize the current ways in which we are enabling these behaviors.

This snowballing of accusations feels like a bunch of leaks in a dam that is about to burst. But it’s difficult to know how history will judge this moment we are all living through right now since we are in and of it. Many feel that we have reached a tipping point, and now real change will happen, and be sustained. Certainly social media has helped spread the conversation around with the hashtag campaign #MeToo, giving many people the platform to be seen, to be heard. We’ve been here before, but not to this extent, not with this technology. What is required for change to happen? What needs to be done so that my daughter will read about this in history and see it as a thing of the past, rather than a fight that women are still battling?

Recognize When It Is Happening, and Speak Out Against It

We, both men and women, need to recognize the current ways in which we are enabling these behaviors. When we hear accusations, or rumors, or stories about behaviors such as these, are we ignoring them? If so, we are contributing to the perpetuation of these behaviors in our society. Are we telling our own stories to the people who care about us? Are men participating in the telling of stories either as victims, or as perpetrators? Just as powerful women speaking out against assault and harassment inspire change, so too can powerful men. Still, as I think about how I would like to contribute to shaping our society, I really struggle with this. On one hand, I see our human nature as being able to cultivate a society in which we are able to create and live by certain values and ethics. On the other hand, I see our human nature as innately and inextricably connected to a dominance hierarchy, violence, aggression, and yes, sexual acting out.

So what do we need to learn as a people? Sexual harassment and sexual assault are both deeply tied to power and sexually compulsive behavior. We’re not getting rid of power, that’s impossible. The best we’ve done at a societal level is to put in checks on power. How does this look when we scale down to within large institutions? Requiring sexual harassment trainings in the Senate and the House is a step in the right direction. What about at smaller organizations? What about on the street? It seems to me, that change happens from both bottom up and top down interventions. How do we as adults model how we use our power, to shape the behaviors of the next generations? How do we as adults talk about our sexual feelings, or perhaps more importantly, what to do with these sexual feelings? How much “air time” do the topics of sexual harassment and sexual assault get in the public school systems, or at the dinner table? I won’t claim to have the answer on what will definitively bring about lasting change. But my gut tells me that it will at least require men and women in powerful positions to illuminate the issues through public discourse. And, I think it couldn’t hurt to also cover these topics in the arts in hopes that it will lead to more pop culture consumption and discussion.

Robin S. Smith, MS, LCMFT is a Licensed Marriage and Family Therapist in clinical practice in Bethesda MD, and specializes in relationship issues for couples, families, and individuals, for improved quality of life. His clinical specialties include: transition to parenthood for new and expecting parents, infidelity, sex and intimacy issues, premarital counseling, and trauma. Robin has given talks to various groups including hospital administrators, graduate students, therapists, and child birth educators. He is the primary contributor to Your Couples Therapist Blog.
Share on facebook
Facebook
Share on google
Google+
Share on twitter
Twitter
Share on linkedin
LinkedIn
Share on pinterest
Pinterest